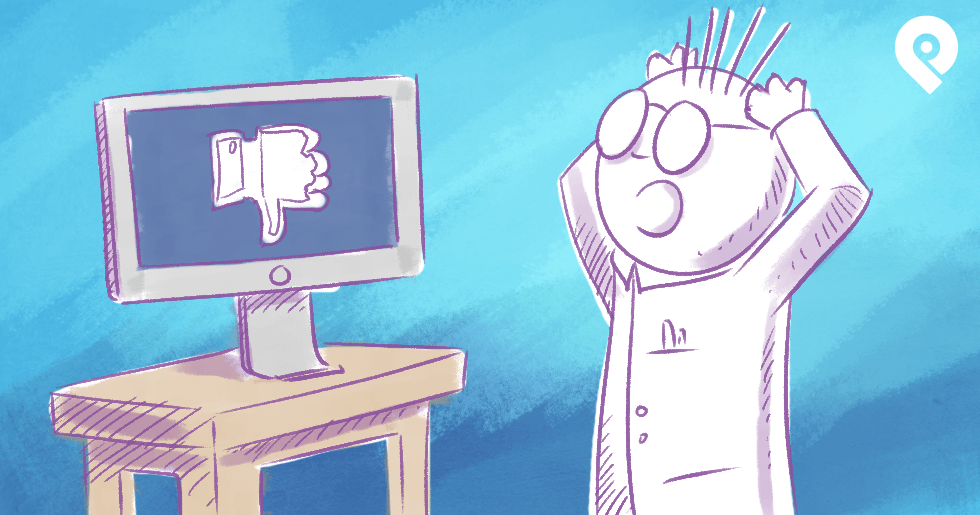 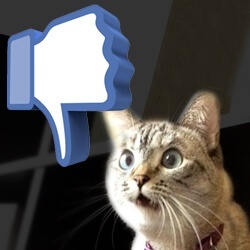 Internet users have been begging Facebook for years to add a "Dislike" button on the site.

Perhaps to simply troll posts -- as is common on YouTube -- or to show you don't agree with a post.

Mark Zuckerberg stated that Facebook would NEVER add a Dislike button to the site since that could create a negative experience.

The world was flipped upside down on September 15th...

Mark Zuckerberg mentioned during his live Q&A that Facebook listened to users requesting the addition of a Dislike button -- and they were testing an option to appease them.

But did Mark actually say a Dislike button would be added?

Listen to his response yourself:

So if you were immediately happy or mad when you heard a Dislike button was being added -- hold on a few minutes...

The reason so many have screamed for a Dislike option is because it's a bit strange to click Like when a friend posts "With a heavy heart, I wanted to let everyone know my mom died of cancer this morning."

Or -- what about tragic news stories that are posted similarly to the one below -- clicking Like on it seems heartless.

Commenting it's our only option.

At least 23,000 people have been forced to flee two voracious wildfires in Northern California — and a few have shot dramatic video of their escape from the flames.

In instances such as these -- users would be better suited to respond with something like "Thinking of You" or "Sorry" or "Sad."

Facebook will start to test what they think might be an option to solve this problem in the coming weeks.

I foresee this being something where users can respond to a post differently based on the "mood" the person uses when posting.

Currently when you compose a post you can choose from a wide variety of emoticons that show how you are feeling.

The screenshot above is only a small percentage of the options we have to choose from.

My bet is when you choose one of these -- people will be able to respond accordingly to your post.

If you've spent any time on YouTube you know it's full of trolls and haters -- way too many of them!

Facebook and Zuckerberg do not want to create a system that lets users UpVote or DownVote posts the way YouTube has for years.

This sort of negativity doesn't result in anything useful -- and on YouTube it has typically just been a way for people to troll other users.

The main goal of Facebook has been (and will always be) to create a positive user experience that causes users to want to be on the site constantly.

A Dislike button would be counter productive.

If you were to choose what new Facebook "buttons" get added -- what would you suggest?

Robert Scoble had a funny, yet serious list of potential buttons:

Now that Facebook is coming up with a [Dislike] button lets expand the concept!The buttons I really want on...

Here's a novel thought -- get rid of the Like button on posts completely!

Because it's caused us all to be lazy on social media.

Now we blindly click Like on stories we see in our News Feed -- often times without even reading the article!

I say remove it.

Force people to comment on posts and add their thoughts to it.

And by forcing us to comment -- isn't that what being "social" really is all about?

It's the equivalent of just nodding your head at someone when you pass them by.

It means nothing now.

To me, it almost says "I'm way too busy with my life to take time to talk to you."

Should Facebook add a Dislike button? If not what kind of buttons should they add?