Young Man, That Is The WORST Social Media Advice You Could EVER Give! 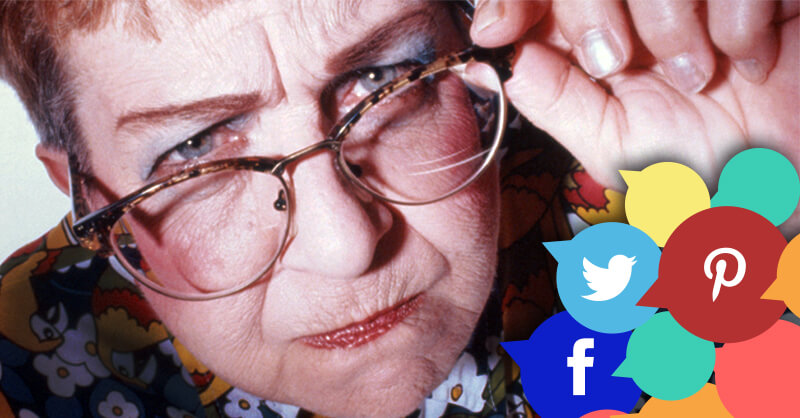 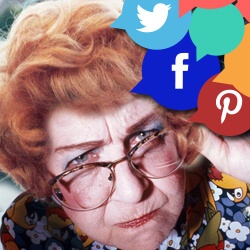 I'm the first to admit that growing a following is harder today than it was in March of 2009 when I began my social media journey.

I've organically grown my Twitter followers to 130,000 -- but sometimes I feel like I've scratched and clawed my way to that number.

There must be an easier way.

Yep, there is an easier way, but beware...

It could be the worst social media advice you've ever received.

Young Man, That Is The WORST Social Media Advice You Could EVER Give!

You know what I'm talking about -- right?

It's almost seems too slimy to type..

Since Barack Obama, Hillary Clinton and Lady Gaga do it -- it must not be thaaaaat bad right?

I read an article the other day about how the best way to grow a Twitter following or increase engagement on Facebook is to buy it.

He went on to explain that after buying the followers, you should then organize them in a spreadsheet...

IMHO -- this is the worst social media advice anyone could give.

There are a lot of obvious reasons why buying followers or likes is a bad idea.

I wrote about some of those reasons on 10 Reasons Why Buying Twitter Followers Is a Bad Idea.

But in this post...I want to take the logic a bit further.

I want to talk about the potential risks -- which are VERY real.

They are aggressively trying to stop them -- and as that page states -- they "work hard to ensure that the connections between businesses and people are genuine and meaningful."

Regardless -- one quick visit to Fiverr and I learned that the going rate for 250 Facebook likes is only $5 (and that comes with express delivery).

Do you really want to jeopardize your Facebook business page by being associated with those who are violating the terms of service?

And then there is the huge pink elephant in the room -- the fact that fake likes won't get you any further along in your business.

Instead -- I suggest putting that money towards boosting your posts wisely and taking the high road.

I know firsthand that having a large Twitter following comes with all kinds of ego-boosting mojo...but...

Buying followers isn't the way to get there.

What if you're hit with the blunt force trauma of Twitter suspension?

If you think you'll get ahead on Google by buying likes and followers.. fugetaboutit!

It knows that if you have 175,000 followers on Twitter yet no engagement...

According to Google executive Andrea Faville, "Google takes action against bad actors that seek to game our systems."

I get it. You have no idea how much I get it.

He's starting to grumble that social media is a waste of time.

He doesn't get that it takes time to build a solid social media foundation.

It would be so easy to pay a couple bucks to make him happy.

You will most likely regret it (like Seth Stevenson did).

What's going to happen when Facebook comes along and deletes all those accounts and you lose all those likes?

What's going to happen when your best client puts your username into Twitter Audit and finds out your followers are fake?

Nobody will stop you.

Those companies will be more than happy to take your money.

But think about the long-term consequences.

Instead, surround yourself with REAL people who want to read your content -- instead of bots who spam links.

Build real relationships instead of buying fake friends to engage with.

Nobody can ever take that away from you.

Continue to build your social media footprint each day -- the respectable way.

It builds character -- and your social media success will taste much sweeter in the end!