Facebook Questions -- Please Stop Making This Mistake With Your Posts 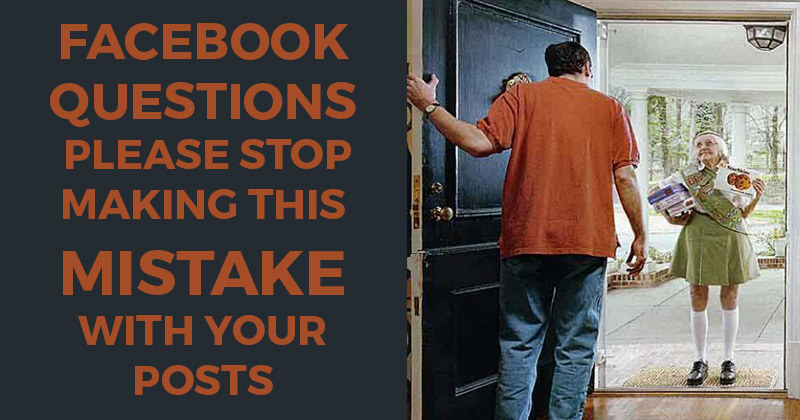 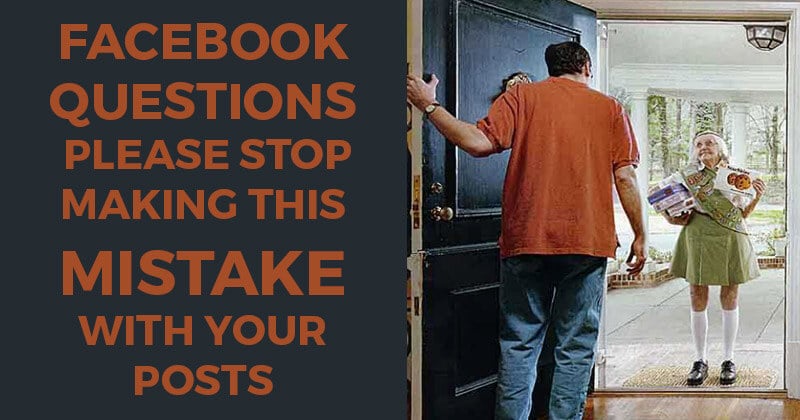 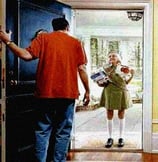 If someone comes to my door and claims Facebook "Question" polls are useful, I will punch them in the mouth until I hear the words in reverse.

"What?... but using Facebook polls to survey fans seems like such a great idea! How could it possibly suck!?"

Except it does suck for quite a few reasons, and -- irritatingly -- I can't even blame Facebook for it.

We here at Post Planner believe in helping people -- which is why we are such active volunteers at soup kitchens (someone has to eat the leftovers).

But when we're not having a second serving of selfless altruism, we're thinking of dumb things to do and then finding good reasons not to do them.

Polls -- or "Questions" as Facebook calls them -- shouldn't be used unless they end up on the "Demands" list of a hostage negotiation.

Let me back up a bit. When Facebook Questions launched a little over a year ago, bloggers like myself expected it to be community engagement crack cocaine.

What we got instead was a cold turd in a bucket.

Fans just don't engage much with polls... and when they do, it doesn't seem to help EdgeRank much.

I've covered before how Facebook uses EdgeRank to decide which items they show in your news feed. But Facebook doesn't just favor higher-quality items such as photos or videos. It favors items that get high-quality engagement.

And a fan-written comment is of much higher quality than a clicked answer on a poll.

We've all seen the EdgeRank equation before. But what the social media "gurus" rarely tell you is that while Facebook provides the equation, it doesn't provide the values of the variables.

So for example, we know high quality media is (sometimes) weighted more, but not how much more.

Do photos of Chris Christie carry even more? 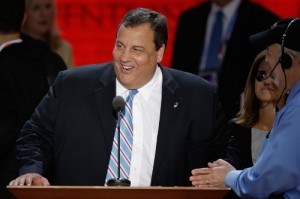 Ironically floats to the top of your news feed.

The truth is, the EdgeRank math is more cryptic than a gift card from the Illuminati.

So no matter how confidently someone tells you they know how EdgeRank works, if their name-tag doesn't say Facebook Software Engineer, don't freaking trust 'em. We can form hypotheses and theories from experiments, but none of us actually knows.

So where's my proof that polls are garbage?

In addition to anecdotal evidence from users, there are 2 main reasons I can offer for why Facebook polls are kinda crappy.

1) Facebook hid the app from the publisher on fan pages.

Facebook is so underwhelmed by its polling feature that it has made it pretty much invisible to users.

2) Facebook still doesn't offer mobile support for it. Users can answer Facebook Questions -- but even a year after releasing the feature, Facebook hasn't bothered to give mobile users the ability to ask questions.

In short: Questions was launched and then failed to prove itself useful. 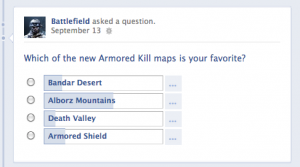 No, not when you consider that at the time of the post they had almost 4 million Likes. For such a low-value interaction, they should have received a lot more answers to the poll.

Ask yourself which of these sets of fan responses will likely garner higher EdgeRank:

I rest my case.

So what should you do instead of posting a poll?

Why not just ask a great question in status form?

Many fan pages are reporting lately that straight-up text statuses are getting much higher reach than any other post format.

For example, check out the difference in reach between these posts on the Post Planner fan page: 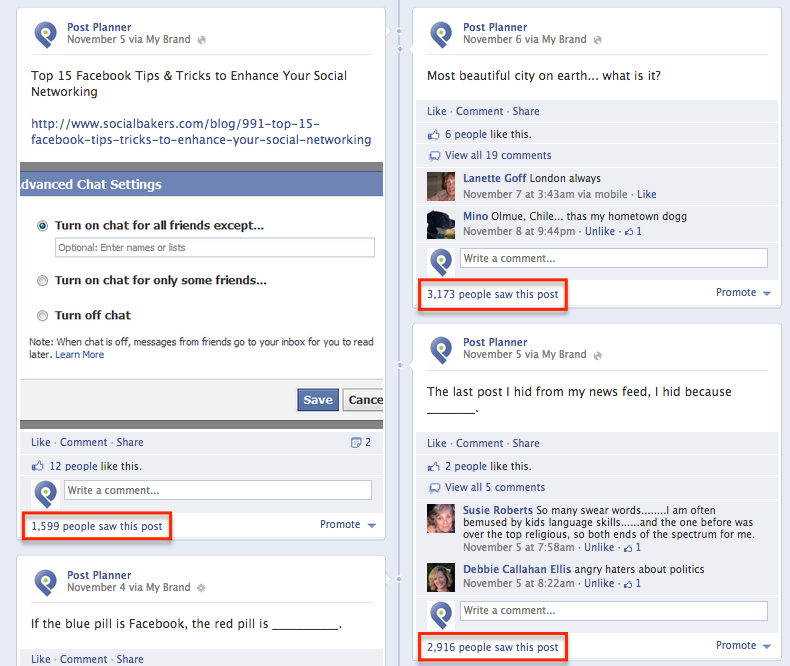 Notice that the status questions got much higher reach than the photo with the link in the caption.

So why not take advantage of Post Planner's Status Idea Engine to find a great question, then post it as a text status?

I guarantee it will out-perform any poll. Not to mention get you more interesting responses and allow you to respond to those responses in the comments.

Have you had good experiences with polls in the past? Would you use it if we added it to your Post Planner app?

Please tell us in the comments!