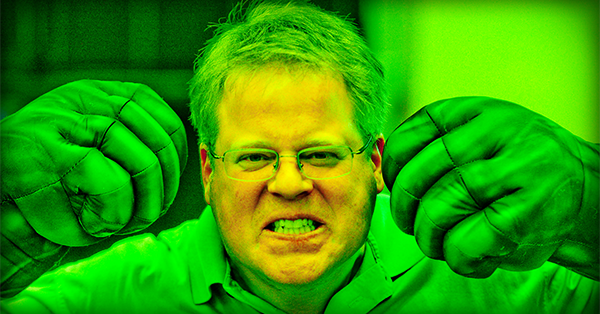 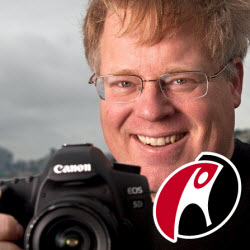 is a quirky dude.

And although I've written about him a few times, I promise I'm not stalking him!!

I just love the guy.

He's one of the most connected people I know.

He's an early adopter when it comes to most new apps & social websites. And he usually gets a sneak peek before all the best stuff hits the market.

As the startup liaison officer at RackSpace, Scoble gets pitched daily by people hoping he'll use their new app or gadget.

And he listens (and usually responds) to them all.

But you'll need to follow some rules if you expect Scobleizer to accept your friend request on Facebook. He recently explained the requirements in a short video he posted to his profile.

In it, Robert offers great advice about what it takes to become one of his 5,000 Facebook friends.

1. Connect Profile to Your Work Page

And don't hide your About section or who you work for from the public.

People who aren't friends with you on Facebook won't be able to see your employer. Not good.

The best way to show Scoble, or anyone really, that they should connect with you is by having mutual friends.

Otherwise, you're a random person sending a friend request that will most likely get declined.

This might offend some, but if you want to connect with Scoble -- he must be able to read your posts.

Robert lives in California & speaks English -- so it makes sense that he wouldn't want to clutter his news feed with posts written in a different language.

Robert would probably love to see photos of you on the beach with your children, but that's not going to motivate him to accept your friend request -- unless maybe you're his cousin or something.

Scoble works in tech, and that's what interests him most.

Scoble isn't interested if you've only made a few public posts in the past year.

7. Display Photo of You With Robert

Robert is almost certain to accept your friend request if he sees that you've been photographed with him before.

8. Use Portrait as Profile Shot

Robert won't likely accept your friend request if your profile pic is of your kids, your dog or some random celebrity.

After all, he wants to recognize your posts when they appear in the news feed.

9. Your Name MUST Ring a Bell

Robert won't accept your friend request if he doesn't know who you are.

Use your real name on Facebook -- and all other social media websites for that matter.

10. Have Lots of Photos of Yourself

Robert must know that you're a real person, and not just a bot looking to spam his page.

You're probably out of luck if you just created your profile yesterday. 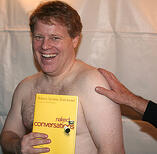 Many people go overboard & lock down their Facebook Timeline so it can only be seen by friends -- not a good idea if you want Scoble to accept your friend request.

Your About section must be open to the public & you better have lots of publicly viewable posts.

More than anything, Robert wants friends to add value to his news feed.

Is it really worth it?!

Does Scoble ask too much or should everyone be as discerning when deciding when to accept a friend request on Facebook?