Want to Spy on Your Competition? Here’s How to Do It with Twitter Lists! 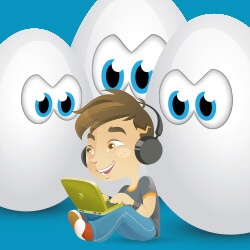 Want to spy on your competition?

Sure you do. So why not make it easy?

Because (let's face it) no matter the industry -- knowing what your competition is up to is just good business.

Lists can help you discreetly observe what your competitors are doing, allowing you to gather data around untapped opportunities.

With Twitter lists, you can view tactics in action, analyze strategy and keep watch on your industry.

So what do you say? Want to know how to use Twitter lists as YOUR secret weapon?

Want to Spy on Your Competition? Here’s How to Do It with Twitter Lists!

There are many benefits to gain when you spy on your competitors with Twitter:

But you don't want to FOLLOW your business opponents. That would look way too suspicious.

It might even come across to customers and potential clients as an endorsement of your competition!

Instead, I'm going to show you a powerful and effective way to see anyone's tweets WITHOUT following them -- and I don't mean by going to their individual profiles and having a look. (That's one way to do it, but it's time-consuming and doesn't scale well at all.)

For maximum effectiveness you're going to want to track multiple Twitter accounts -- and I know your time is way too valuable to spend a day or so each week pulling data straight from Twitter profiles one-by-one.

The good news: You don't have to!

There are 2 types of Twitter lists: public and private.

It's a good idea to keep some public lists dangling out there for branding and PR. That shows your readers which topics are most important to you.

For example, wouldn't you rather see your physician displaying lists related to keeping up with the latest in medical techniques rather than revealing a fascination with gambling in Vegas?

Here are a few ideas:

Hey, there are plenty of reasons to keep a Twitter list public. Just remember: Public lists should not only be helpful, they should make YOU look good!

Once you begin taking advantage of private lists, you'll find plenty of ways to use them.

How You Can Use Twitter Lists to Monitor the Competition

When you follow someone, you automagically send out a notification to that person (or organization or brand) that you just became their newest follower.

That's like the fox sending a "See you soon" note to the hen house!

Getting the word out is ideal for public lists -- it's like sending an "I love your stuff" note. For spy work, though, it's an amateur move.

Normally, you don't want to get caught with your hand in the cookie jar. Let's walk through the basics of setting up Twitter lists as a strategic tool.

Here's how to use Twitter lists to get the lowdown on your competition.

At this point, you may wonder why you shouldn't just set up a fake account for spy work. You can do that, but smart counter-intelligence will be able to track that account and eventually figure out who you are.

Moreover, it's a pain in the *** to keep switching between accounts without slipping up. 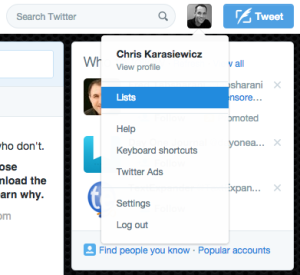 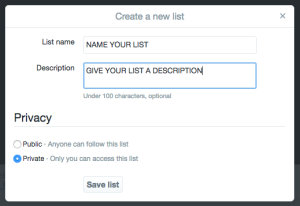 That's all there is to Phase 1 of the Twitter spying tutorial!

Next, let's go over how to add someone without them knowing!

- Step 1: Go to a Twitter profile you want to see tweets from 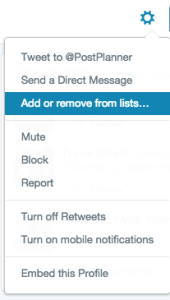 How to view your lists (without getting busted)

Once you've created your list(s) and added accounts, it's easy to pull up the Twitter activity those accounts have generated -- all you need to do is select the "Lists" option across from your profile photo.

Remember: If you want to be really covert, be sure you don't follow, retweet, favorite or reply to your competitors' tweets. Otherwise, they’ll know you're there.

Concluding Remarks - How to Spy on Your Competition with Twitter Lists!

Twitter lists can be instrumental in helping you learn more about what your competitors are doing and how they are doing it -- that's for sure.

Here's a video to help clarify the process as needed. Should you have suggestions or observations, I'd love to hear them. Use the Comments section below.