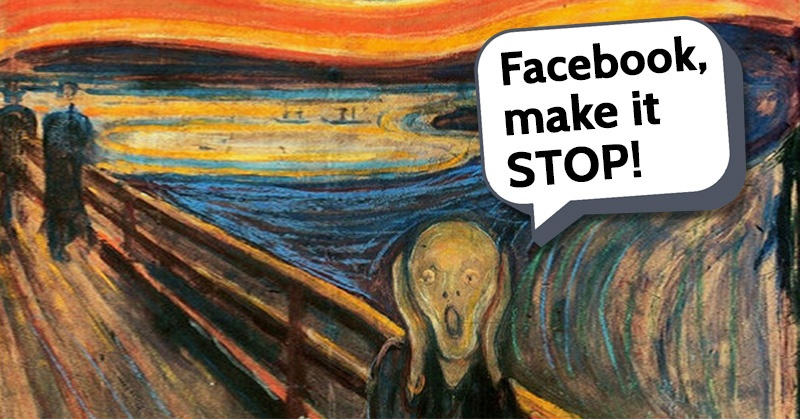 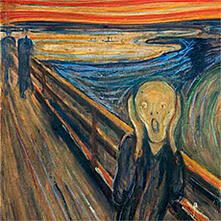 But would it be better?

A lot of businesses seem to think so. I hear it from them all the time:

But isn't the algorithm supposed to make Facebook better??

According to Mark Zuckerberg, YES!... the news feed algorithm improves the experience of the average Facebook user.

I can hear my friends cheering right now:

It would be sooooo much better!!!

In this post, I'll give you my answer and tell you what I think would happen if Facebook removed its most unpopular (and misunderstood) feature.

Don’t believe me? Just look at Twitter and imagine it happening on Facebook (minus the 140 character limit).

Even Chris Brogan found it frustrating. Here’s what he had to say on his post.

Since the stream would be constantly moving, your posts would disappear before your fans ever got the chance to see them.

And you? Well, you’d probably be able to see about 1% of what is happening in your best friends' lives -- and even less from your favorite pages.

3. You miss important updates from friends

Oops! You've missed important moments from your friends -- like the birth of their first child or a wedding.

All because there were too many crazy things on flying through your feed -- most of which you didn’t give a crap about!

Lucky for us, Facebook knows the important moments of are closest friends -- and the news feed algorithm helps to show them to you.

For example Here's an engagement from a friend of mine. Guess what? I didn't miss it!

Nope! Your Likes, comments AND shares would be...

Why? Well, since the sheer number of posts flying through your fans' news feeds has just gone through the roof, they probably won't have the time to engage with your posts -- even if they're lucky enough to see them!

So your engagement would actually drop!

5. Irrelevant posts fill up your feed

One thing I love about Facebook’s algorithm is it shows you more posts from friends or brands you've engaged with most.

Since that would be gone if the algorithm were removed, you’d start seeing posts from friends and brands you’ve constantly ignored.

More spam? But why?

Because in order to get you to notice posts, businesses won't mind posting 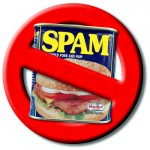 dozens and dozens of times.

They'd no longer be punished for it -- so what's to stop them?

In fact, the incentive would be for them to post non-stop!

And with those incentives in place, spammers would take advantage and post EVERY single minute of the day.

Without its algorithm in place, Facebook would go to hell!

Sound like a fun place to spend your online time?

Wake up, people! The solution is not to remove the news feed algorithm. Doing so would make our favorite social network a noisy nightmare.