10 Crazy Social Media Facts that Are ACTUALLY True (Even #7) 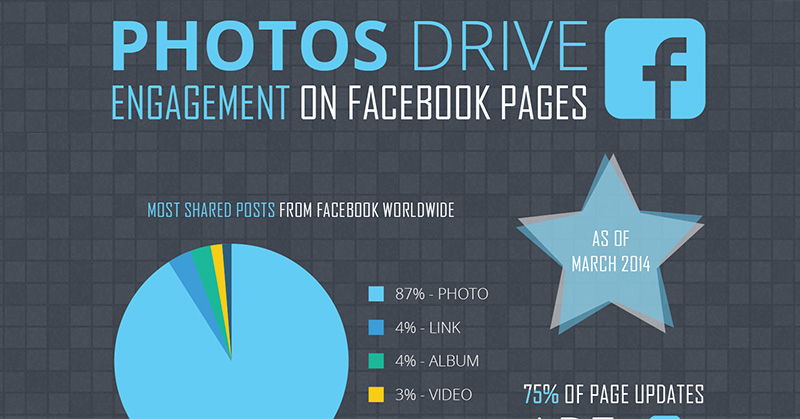 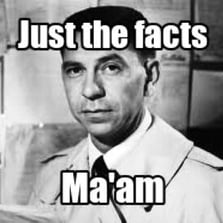 You have to keep up with the latest developments & trends if you hope to do things right.

Otherwise, you'll work your butt off on one method, thinking it's a best practice -- and then find out you're completely wrong.

Or worse, that you could have gotten better results doing things another way.

That's why I'm sharing these 10 counter-intuitive social media facts. I hope you find them useful!

10 Crazy Social Media Facts that Are ACTUALLY True (Even #7)

Some of these are really surprising!

1. Your Biggest Advocates have the Fewest Followers on Twitter 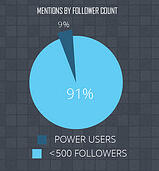 You might think that going after users with large followings could help your brand.

But actually 91% of mentions on Twitter are made by users with fewer than 500 followers.

"Power Users" only account for about 1 out of 10 mentions.

So focus on the little guys instead of stalking Twitter influencers with tons of followers!

Not everyone on Twitter is the same -- nor does everyone use it in the same way.

This is very important to know as a brand so you can target your communication properly.

According to Social Media Examiner's survey of nearly 3000 marketers, written content resonates the most among marketers.

As a business this means you need to write more blog posts about your industry to appeal to users.

53% of users expect a response from a brand within 1 hour! Yes 1 hour!

If they have a complaint that number rises to 72%.

So stop taking those selfies and go respond to your tweets!

5. Late Night is the Best Time for Retweets

One of the best ways to grow a fan base on Twitter is getting followers to retweet your posts.

It gives you immediate credibility to a new set of followers.

But figuring out when and how to get retweets is difficult.

According to this study most retweets occurred late at night -- so don't neglect posting tweets in the evening or even overnight hours. 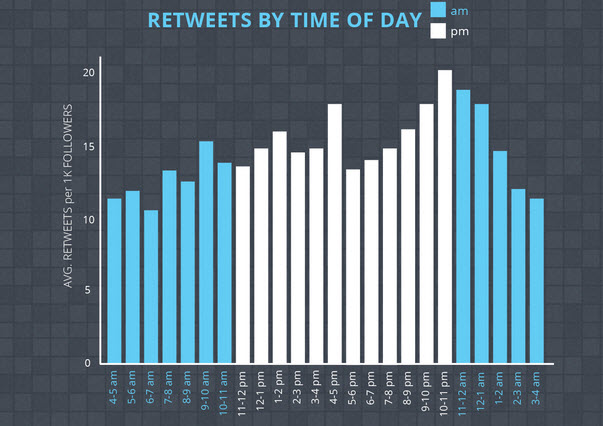 Engagement is crucial on Facebook! If you're not getting Likes, Comments & Shares, your page will quickly fade away.

Posting consistent, quality content day after day is the best way to keep your followers engaged.

According to this graphic, engagement is highest on Fridays.

True for your page?

But for getting shares, photos are the clear winner.

I get all of the photos for our Facebook page from our Viral Photos tool! 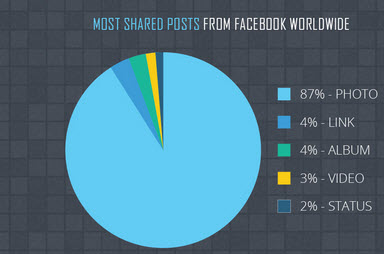 Traffic to your website is crucial for you business.

Sure the Likes, Comments & Shares on your posts are great, but you'll need traffic to make sales.

This stat comes from a Social Bakers study that showed the average interaction per post based on fan size.

Use this stat to compare your page's posts to the averages to see above.

Are you above or below average?

Pinterest revealed which categories get the most engagement on each day of the week.

It's interesting to look at these as it tells you what activities people are doing or thinking about through the week.

People tend to go to the gym more on Mondays after a weekend of eating bad or partying.

They also tend to be more humorous on Friday as they are ready for the weekend -- and in turn are looking into travel ideas and food ideas.

Leverage this as a business by posting Pinterest boards around these topics and perhaps even pinning new images on the days mentioned.

I love slick graphics that give a quick run down of a longer article.

This particular article was written by Kevan Lee at Buffer and then published to Fast Company -- which is where Mainstreethost saw it and made the graphic based on the blog post.

Knowing facts like these will help you strengthen your social media strategy.

Will it solve everything?

In fact studies become outdated almost as fast as they are published.

But it should help you make at least a few tweaks.